Dev Blog 5 already, this is becoming a bit of a habit isn’t it.

Visible progress has been a bit on the slow side this sprint. FWIW, since we haven’t explained before: we break our work into two week long periods known as sprints. At the end of a sprint we review all the work we’ve done, and this Dev Blog is part of that, and usually we will release a new build of orbYorb providing it’s stable enough and we’re happy with it.

The sprints are a good way for us to manage the work we’re doing. Some people call this ‘agile’ and other buzz words but I don’t care much for fancy words or following strict processes – it’s just the way we work and it works well for us.

Chance took this week off on holiday to go ice skating, and I’ve been working hard on a side project which we hope to announce soon. I know we keep vaguely mentioning this side project but I promise we will release some details soon (maybe in the next month). That doesn’t mean progress hasn’t been made on orbYorb, it just means that there isn’t much to actually SEE, since a lot of the work is going on behind the scenes.

I mentioned in our last Dev Blog that we were working on an exploding orb effect that was going to be paired with a new throwing mechanic. Chance did quite a bit of work on this and while the exploding effect is in and working reasonably well on a basic level, the throwing mechanic just did not work at all – it wasn’t fun and it was quite hard to control.

Our intention originally was to give players a special Orb that was attached to a chain. Think of it like a morning star.

The idea was the player would have to swing this thing around to build up it’s charge, and then release it to launch it across the level, exploding on impact and revealing lots of the level at once. This powerful reveal was then going to balanced against the fact you had to spend a couple of seconds to throw it and you could only use it after it re-charged.

But Unity physics later and implementing this proved not only a massive painful exercise, in the end we found it just wasn’t that fun. It was impossible to predict where it would land and the whole thing felt like we were taking things in the wrong direction. So we’ve dropped that idea for now until we have more time to experiment.

So what we have now are Orb Mods. Mods will eventually be player customisable, and like their name suggests they modify the basic Orb in different ways. The explosion effect is one such Mod, and that is in the v0.3.3 build that’s out today (see below for full details).

Other Mods we have planned include explosion, extra bounce, stick to walls, increase throw force (it can be thrown further) and more.

Our intention is you will eventually have three Mod slots in which you can customise to combine into different effects. E.g sticky + explosion + increase force. We’re also thinking about having special combinations that might give you a unique effect, but we’ll see how that goes.

We literally only have the explosion Mod for now, so expect the Mod system to evolve greatly over time as implement new Mods and actually see how they play together. We’re still in a stage of experimentation so nearly everything is subject to change!

As we talked about in the last Dev Blog, we added a new mechanic: moving blocks, and you can now play around with these in the Dev Zone.

The Dev Zone is getting a little big so if you’re having trouble finding them, as you go up the elevator, picture that North is facing forward. The moving blocks section (of which there are two), are in the North East area. So basically go forward to the end – just before you reach this on the right hand side will be one moving block example. Turn right at the end and hug the right side to find a second example.

We do have plans to tidy up the Dev Zone to make it much easier to play around with different mechanics without having to stumble in the dark trying to find them, so bear with us on that – improvements will be coming soon!

This isn’t very exciting but I did some work this sprint improving our build system. We use this system to manage making different builds of the game (e.g a free demo vs an early access build) and upload builds to itch.io (we use bulter, itch.io’s command line tool) and the improvements this week will save us a nice bit of time over the future.

New levels – when are they coming?

The Alpha Demo only has one very basic level at the moment. Rest assured we do have plans for more levels but it will be a little bit of time before they are ready. We want to make sure the core foundations of the game are solid before we plough ahead making new levels.

Making new levels takes a lot of time and what we want to avoid is having to re-do entire levels because we keep changing the core foundations of the game. Once we’re happy the core is there, new levels should start appearing more freely.

It’s possible though that we might make tweaks to the current Alpha Demo level in the mean time so players have a chance to try new mechanics in situ. It’s something we’re looking into so watch this space.

Right, I need to brew myself a pot of green tea now so that’s it for this Dev Blog, see you in two weeks!

There are secrets around every corner. 🦊 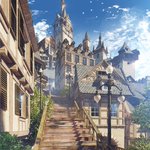 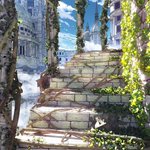 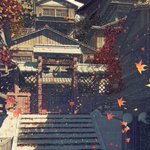 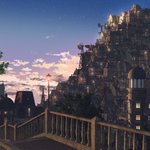