Every few weeks we release a Dev Blog giving an update on what we’ve been working on with orbYorb, along with any notable news.

We’ve been pretty busy since our last Dev Blog so here’s a quick run down of what we’ve both been up to!

The Mod system we talked about in our last post has changed quite dramatically after getting some feedback and having time to play around with it more.

We had a few issues with the system: it was a bit complicated, we didn’t offer a compelling reason to it, and what we had come up with so far wasn’t really very fun (actually the scatter effect was a bit frustrating to use!).

So we went back to the drawing board over the last few weeks and we’ve replaced the Mod system with Gadgets.

The Orb you start the game with is one of the Gadgets, and new Gadgets will be unlocked through progress in levels. There will be about six Gadgets in the final game, but we’ll probably only launch on Early Access with two.

One Gadget is akin to a crossbow, where it will fire an arrow into the distance. You need to use this to hit special targets that you can’t normally reach.

Each Gadget will have a very unique and specific purpose in the game, which means getting a new Gadget will open up access to new areas and basically add more fun variation to gameplay.

We’ll share more details and gifs/screenshots of these as they go into the game in due course.

Future of the Prototype

We’ve decided that we’re not going to add any more updates to the orbYorb prototype on itch.io.

We’re happy with the results we got from the prototype, and it’s given us some valuable feedback we can now use to double down on the features for Early Access.

We’ve done a lot of planning for our launch on Early Access. We don’t have a date set in stone yet but expect it to be in the later part of this year.

We’re trying really hard to cut out non essential features from the Early Access launch version, so we can focus as much time as possible to polish. We want the game to be super polished and have a really high quality bar from day one, even if it that means the game might be a bit shorter to start with. Remember that the Early Access launch is only the beginning, and we’ll be constantly adding new content to it.

Our hope is having a high quality bar will be one reason to help us stand out from the crowd, especially since so many VR Early Access games are basically Vapourware. We won’t be relying entirely on this though!

We do have some pretty exciting plans for some special features in Early Access that we haven’t really seen done before, but we’re keeping the lid firmly shut on those until they are ready.

We’ve done A LOT of design work over the last few weeks, aiming to really nail exactly what we want the full game to be for it’s full launch at the end of Early Access. This has also included time to work on a Marketing Plan too, which is really essential if we’re serious about getting anyone to actually buy the game!

We’ve made mistakes in the past where we jumped into development too early, before having a design we were fully committed to. That doesn’t mean that features are set in stone, since things can and inevitably do change, but based on our past experiences, we’re going to spend a little more time in pre-production to be super sure we know what direction we’re heading.

This week I’m starting to feel like we’re in a good place though.

Oh yeah, and the weather was nice this week so we did a design session in the park with Sushi! おいしかったです

Having got through the first stage of Round 4, we were invited to submit a written application for orbYorb and the deadline was Monday this week.

This was quite a tough process for us. In the end we probably spent about one week solid, writing well over 6000 words. We had to crunch a little bit at the end too, working the Sunday before in order to get everything finished.

It was pretty exhausting (we took the Monday off after that!), but in the end it actually really helped force us to clearly define what the game was, and for that I’m quite thankful since I feel like we’re in a really strong position now to press on with making stuff!

And that’s it for this Dev Blog.

Thanks for reading, we’ll have some more updates in a few weeks time. 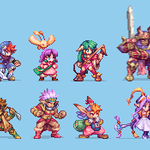 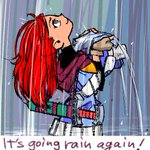