The Mannequin – an update

Published by Mitch In General 3 Comments

It’s been a while since we’ve posted any updates for our first person horror game The Mannequin, or even about what we’re up to at Two Tails and quite a lot has happened here over the last year so I thought it was time to post an update.

Last year we took The Mannequin to EGX and Insomnia 58. We went full hog on the shows, taking 4 screens of the game and the whole team was involved. It was an absolutely tiring experience but it was worth it.

The response we got to the game was amazing. Lots of people were genuinely enjoying our game and at the same time we were getting some really solid feedback on how to make it even better. Our demo stations were basically full pretty much the entire time of both shows. During that time and with all the positive feedback it felt like we couldn’t fail – if so many people we got to play our game enjoyed it, surely it proved there was a market for our game?

In any case, we wrapped up the shows and it was back to business at usual at the office. The team on The Mannequin at this point was actually quite large. We had 4 of us in the office working on the game part time, as well as a full time 3D artist and on the side a concept artist, character artist and audio wizard, as well as the services of Dan Griliopoulos & Alec Meer our writing team.

We pushed hard to get some funding which would help us finish the game but getting funding for any game is tough, and unfortunately in the end we weren’t able to raise enough money before our self funds ran out. Sadly because of that, the entire team basically had to disband and at Two Tails we also lost Simon and Alex. Thankfully they were eventually able to go on to find new jobs, but it was a really gut wrenching time for us.

So November last year, Two Tails is down to just myself and Chance. After such highs of building the company up to four people, having a lot of fun and getting great responses to our game, it’s safe to say it was a fairly tough period adjusting. We managed to hobble along thanks to some contract work but we were left with this enormous pressure and self responsibility to finish The Mannequin and make something of it. We shouldn’t let so much time and money go to waste right?

Eventually, and it took a while, we managed to pick ourselves back up. We gradually tinkered with some of the systems in the game, as a way to gradually get us back into the right head space. Then Chance and myself sat down and took a really hard look at the game. We made some hard decisions, cutting lots of areas that we felt were too ambitious or too much effort. And through that process we came up with The Mannequin Reborn, our code name for a reboot of the project in a form that we felt was do-able for our now team of Two.

And that leads me to where we are today. We’ve put a lot of work into the self titled reboot of the project, putting in various cool puzzles (using placeholder art for now) and making the most of the fact you can develop negatives into photos, of the way the house changes but now at the control of the player, rather than on a whim to story telling. I’m quite proud of where the game is going, however we still have heaps of work to go, and it still remains a project that really is too big for two people to successfully finish in a reasonable time frame.

We still want and hope to finish The Mannequin in some form. At the moment we have a plan to spend about another 2 months or so getting the game to around about a 50% playable state. We’d like to release the game in this form so people can play it. It will have a proper start and an end, but it will obviously not be the whole. If we think it’s genuinely worth paying for (i.e it’s actually fun, even if a little short), we may sell it, otherwise we’ll put it up for free.

If we get enough good feedback from that we will consider finishing it fully. If not, then at least we’ve got some closure to the project and have something, even just a little, to show for our efforts.

However at this point I think it’s fair to say we are also quite fatigued from working on a project for so long. For quite a while I told myself that this was just the bit where it gets hard – where game dev turns from fun into the nitty gritty hard shit that is actually not that much fun and might kill you but you have to get through it to finish the game. It is some of that yes, but it’s also extenuated by the fact the scope of the game is still just too big for us.

So with that in mind, we’re actually taking a hiatus from active development on the game for a while, in order to work on some smaller projects. These projects we hope will help us beef out our portfolio and start showing the world what we can actually do, but also help us find the excitement of game dev again, something which sadly we had lost for a while back there. To be clear though, at this time we do still really want to return to The Mannequin, but I can’t promise when that will happen. 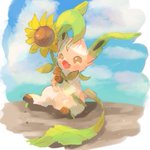 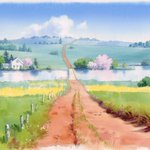 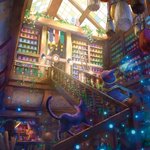